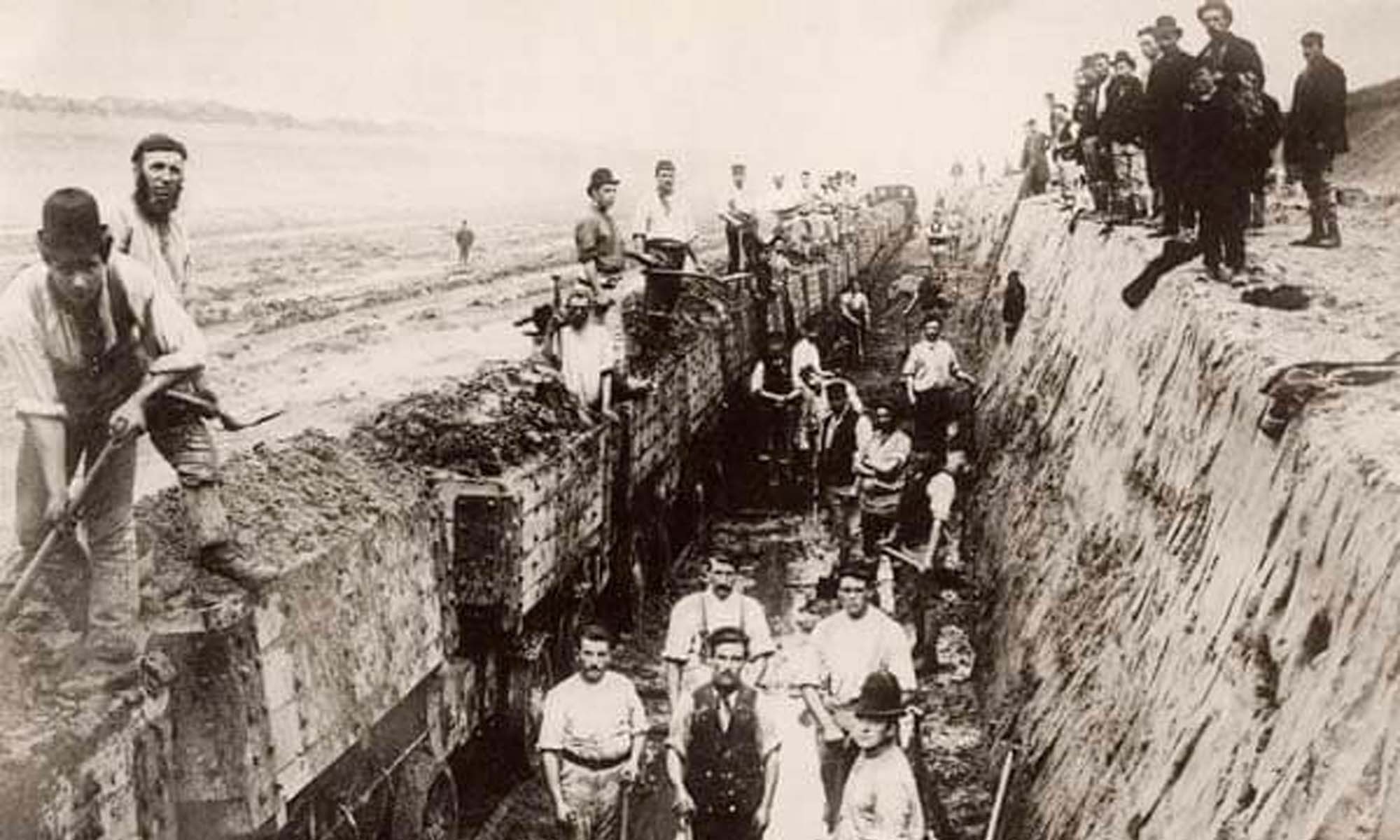 Looking down into the water of the historic Huron Basin, visitors will see a projection of dozens of anonymous individuals, who appear to be endlessly digging – only their white spades and wheelbarrows moving. The role of the navvies who built Manchester Ship Canal is represented by footage of members of the Salford community digging, connecting labour past and present. The projection into the canal is accompanied by a new Navvies orchestral composition, composed by Hayley Suviste and performed by the BBC Philharmonic. The wider project includes several community workshops and a partnership with Salford Loaves and Fishes charity to create a Navvies Garden at Media City.

“Since I first heard the navvy story of the Manchester Ship Canal, I’d been in awe of the scale of the collective effort. I also felt that this scale was not sufficiently recognised within society. With the support and engagement of so many individuals and organisations, this project has also become a collective endeavour. Every aspect of the resulting artwork, comprising music, a garden, and an audio-visual installation, is a community collaboration. Above all else for me, the most powerful part of this project is the sense of connection and comradery, between this community that has formed around the navvies story and those 17,000 men and their families who toiled here over a century ago.”

The installation will launch as the headline artwork of Lightwaves Festival 2022 and will run from December 1st – 10th at Huron Basin in Salford Quays.

This series of projects are Commissioned by Quays Culture, MediaCity and Mediale. Produced by Mediale and Quays Culture, with support from Salford Loaves and Fishes and BBC Philharmonic. Supported by Arts Council, England, Historic England and Greater Manchester Combined Authority.