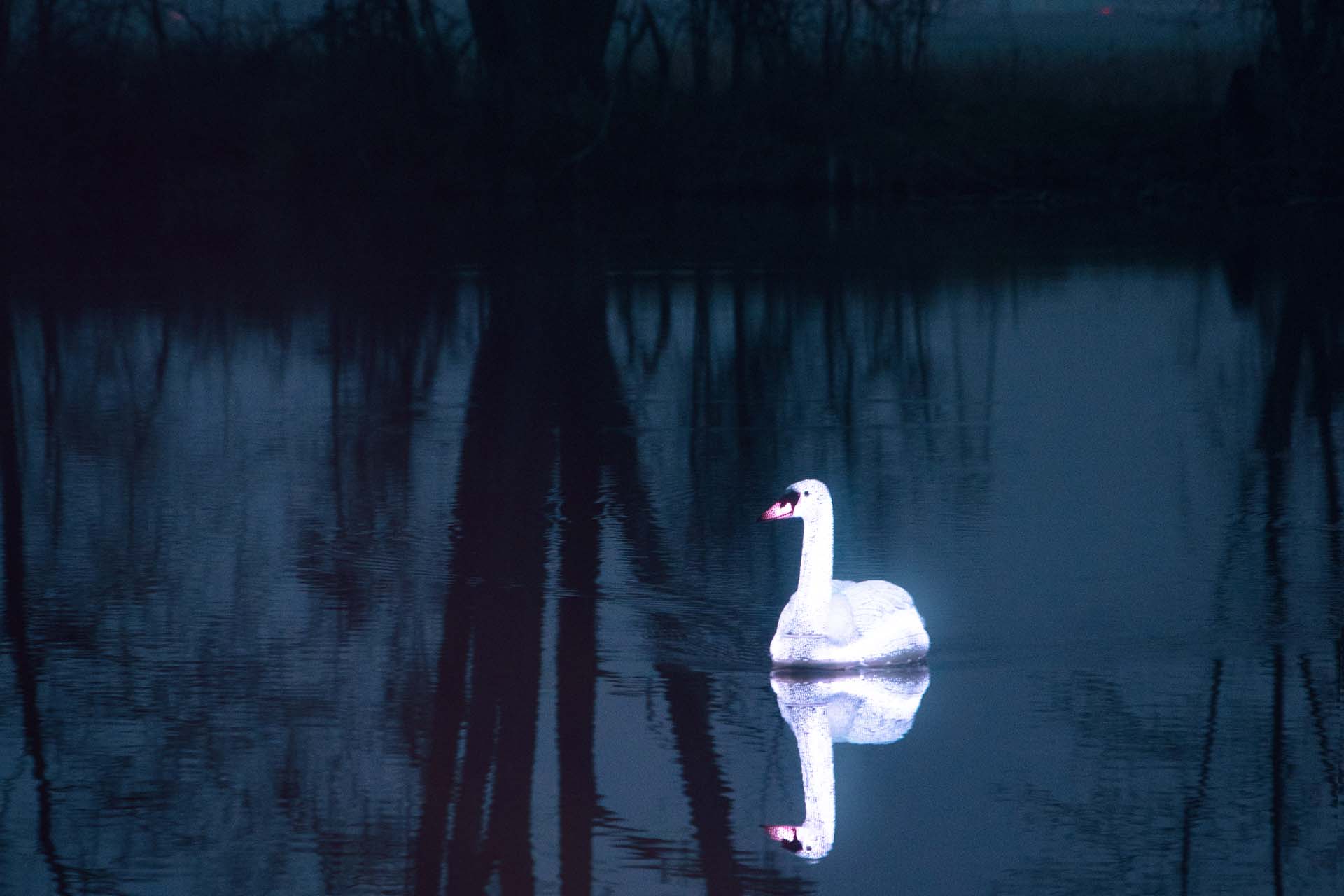 Presented in partnership with Submerge and supported by Goethe-Institut London

In partnership with Quays Culture, Submerge commissioned a new soundtrack for CYGNUS by multi-disciplinary artist Anil Sebastian. Anil is a member of Icelandic band Hrím and the co-founder and director of London Contemporary Voices. Known for their unique voice and choral collaborations, they have worked with Alt-J, Manu Delago & Imogen Heap, as well as contributing three tracks to legendary Björk producer Guy Sigsworth’s debut album Stet. For Swan Songs, Anil has created a unique sound world that is cinematic yet unpredictable, using extended vocal techniques with AI-app “trAnSition” built in partnership with Japanese coder and synthesist Cherif Hashizume.

Swan Songs will be performed live at 6pm on Fri 3 Dec as part of the Lightwaves launch.