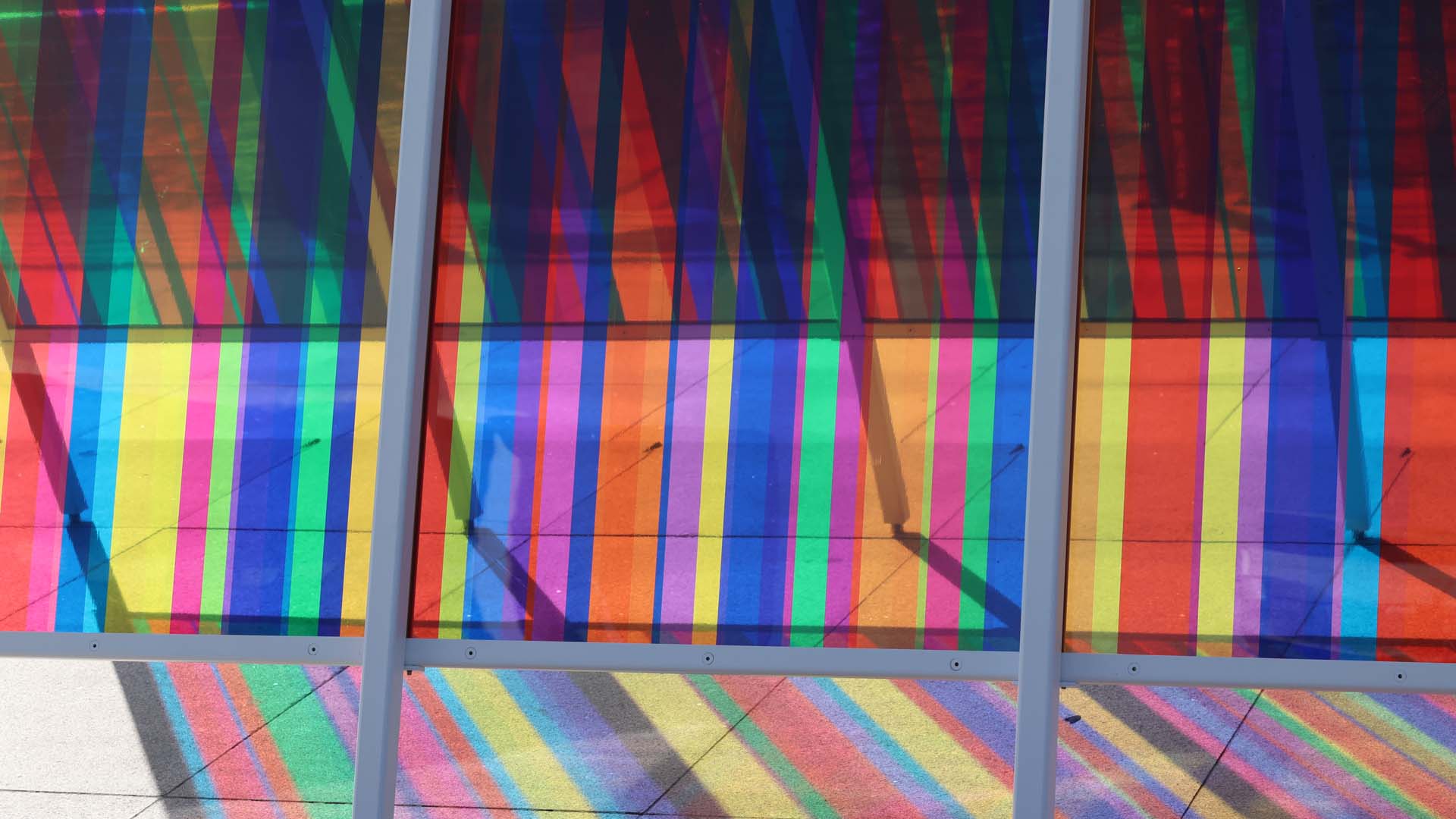 THROUGH NO.4
By Liz West

Through No.4 is a permanent artwork at MediaCity consisting of a six-metre long triangular corridor of light and colour. The walk-through structure encourages visitors to look at their surroundings in a different light. Making your way inside the multi-coloured corridor through either side of the structure, visitors can see the world around them transformed by saturate colour. This will be amplified and exaggerated during Lightwaves through the use of elegant and focused artificial lighting of the piece, turning the multicoloured artwork into a jewel in the dark. The coloured barrier between the outside and inside creates a multi-coloured striped cloak and distortion in an array of different hues and overlaid mixed colours, transforming the usual colourations and appearance of the outside environment.

Liz West is a British artist who graduated from Glasgow School of Art in 2007. West’s broad body of work encompasses site-specific installations, sculpture, and wall-based artwork. West creates vivid environments that mix luminous colour and radiant light. West aims to provoke a heightened sensory awareness in the viewer through her works. She is interested in exploring how sensory phenomena can invoke psychological and physical responses that tap into our own deeply entrenched relationships to colour. West’s investigation into the relationship between colour and light is often realised through an engagement between materiality and a given site. West has been commissioned worldwide by institutions and organisations including London Design Festival, Natural History Museum, National Trust and the National Science and Media Museum. West’s work has been included in exhibitions at St Albans Museum + Gallery, Chester Cathedral, Compton Verney and Royal British Society of Sculptors in the UK, as well as internationally in Hyvinkää, Bangalore, Milan, Dubai, Paris, Berlin and New York.